Welcome! to our September 2020 webinar series

Unfortunately, due to COVID-19 pandemic we were unable to host the annual Unimutual conference in person this year. Instead, we held a series of webinars throughout September to bring you up-to-date on your mutual and the insurance market, and provide a chance for you to ask questions, speak to other members, and discuss the challenges facing the sector as a membership.

The conference provides the opportunity each year for Members to engage with each other and hear from Unimutual and others. We continue to look at ways for Members to network and collaborate with each other and Unimutual; our member forums and Unipedia (open source resource portal) are especially important as we all try to stay connected remotely while leveraging the collegiate power of the mutual.

Each Thursday of September at 11:30am, we will bring you a concentrated one hour session on the most crucial topics relevant to you, plus an optional half hour for further questions and discussion. We plan to make this as fun, interactive, and useful as possible and we hope to see all the usual faces in our virtual auditorium.

Invitations have been emailed with the registration link. If you have not received your invitation, please click on the button below to contact us. Welcome
To kick off our September webinar series we are holding a cocktail making class. Please note this pre-event is by invitation only, with limited numbers per member organisation.


Cocktail making class
This live cocktail making event will be hosted by the Unimutual Team along with an experienced MC and bartender. Follow along at home with your pre-delivered kit to shake up our special Unimutual cocktails and meet fellow attendees

Expert MC, Kubarz Cocktails
An experienced MC and cocktail making bartender will be teaching us how to make some special drinks 
12:30-13:00 (optional session)
Q&A with the Unimutual team
This session will offer the opportunity to ask questions of your Mutual team

Watch webinar one on demand

Martin Griffith, Unimutual Chair
Independent Director since 3 October 2003. Previously Director and Chairman of ANZU Mutual from 1989. Executive Director - Finance and Resources, the University of Western Australia until retirement in July 2003. Executive financial management experience in educational and health sectors. Director of several private companies
Ty Birkett, Unimutual CEO
Bringing a quarter century of financial services experience in reinsurance, insurance, superannuation, and consulting, Ty joined Regis Mutual Management Australia as CEO in January 2019.
Pete Watts, Underwriting Manager
Pete joined the team in September 2015, bringing 16 years of experience in the insurance industry.
Christine Cummings, Member Services Manager
Christine joined the precursor of Unimutual in July 2003 after gaining 12 years experience working in the Risk Management Office at the University of Sydney in the positions of Insurance Claims Officer and then subsequently as Insurance Manager a position which she held for 11 years.
Simon Iliffe, Risk Manager
Simon joined the team in October 2014, from a diverse career in a range of industy sectors and environments, including senior roles with several NSW Councils, working as a risk management consultant engaging with a broad range of industries from civil contracting and agriculture to government.
Jamie Thomson, Claims Manager
Jamie joined the team in March 2004, previously working in the Risk Management Office at the University of Sydney for 11 years holding positions of Claims Officer and Insurance Manager. 
12:30-13:00 (optional session)
Chat with James O'Loghlin
This session will offer the opportunity to ask James your questions

James O'Loghlin, practical innovation speaker & media personality
As a host of over 300 episodes of The New Inventors on ABC TV, James has worked with hundreds of entrepreneurs and innovators. Insurance market update from Willis Re
Willis Re will present an update on the domestic and global insurance and reinsurance markets, as well as looking ahead to what the future might look like


Thoughts & answers from your brokers
Following Willis Re, we get an update from a number of insurance brokers on the insurance market and challenges


12:30-13:00 (optional session)
Insurance forum
We will open the presentation up for an informal discussion on insurance concerns with the brokers and your fellow Members 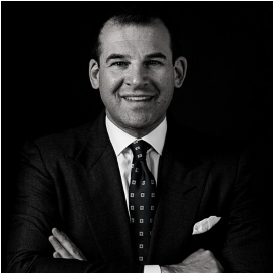 Cultivating Mental Health Awareness & Building Resilience
Gain insight into building resilience as an anecdote to mental ill-health. Learn 5 simple steps you can build into your everyday to identify when you, your colleagues and loved one’s are at risk. What is ill-health vs mental and emotional robustness? Debunk the myths that make us second guess our own coping skills and abilities?

Robert Migliore, Managing Director, Principal Consultant, Practice Lead Clinical Lecturer University of Sydney, Faculty of Medicine and Health
Robert is passionate about shifting perspectives of mental health, wellbeing and recovery in workplaces. Beginning his career as a RTW specialist for a major insurer Robert is now a lecturer and researcher whose expertise lies in the areas of complex claims profiling, risk and root cause analysis. Robert is the founder of Actevate, an accredited, occupational return to work and medical screening provider based in Sydney's CBD and serves as an advisor to the NSW Government on health, wellbeing, bullying, harassment and workplace mental health. Robert’s interest in industry resolve complex workplace health issues developed over 25 years working within the Workers Compensation and Occupational health arenas.

1Why aren't we having the usual conference?
Due to COVID-19 restrictions and uncertainties, we have decided to host this year's conference online with the webinar series. We aim to bring as many of the usual conference benefits as possible to the comfort of your own home.
2Will the in-person conference be rescheduled?
At this time, we aim to hold our next Member conference on 8, 9, 10 September 2021, location to be announced later this year. Please save the date in your diary.
3How do I attend the online webinars?
Invitations to register for the webinar series have been emailed, so check your in-box and click on the registration link. Please note that the webinar series is open to Unimutual members, brokers, insurance and reinsurance partners, and special relationships only. If you are having any issues with registering, or have not received your invitation, please email Kerry French at kerry.french@rmml.com.
4I've registered, now what?
Congratulations! We look forward to seeing you in September. When you receive your confirmation email, please ensure you add the sessions to your diary - you will receive email reminders of each one ahead of time. Please also ensure your device has working speakers and a webcam (if possible) ahead of time.
5How do I get my free cocktails?
The Pre-Event cocktail session is by invitation only, and numbers are limited to the main representative from each Member organisation. If you have not received an invite, but expect to, please email Kerry French at kerry.french@rmml.com.
Click to access the login or register cheese